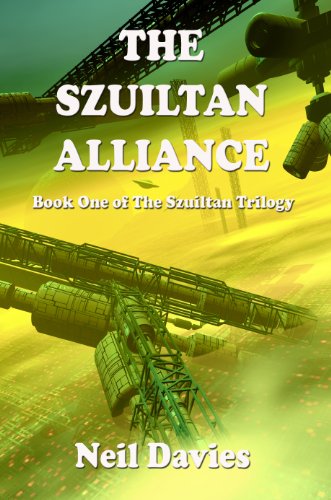 The Szuiltan Alliance is space opera, concerned more with adventure and action than science and technology. Its a tale of an ongoing intergalactic war between Earth and one of its ex-colony worlds, Aks, and of the rival, powerful religious groups on both worlds - different branches of the same, all-encompassing Larnian faith. But in the background lurks The Reagold Corporation - a huge and powerful business empire that supplies the majority of the technology to the planets.

Steve Drake, as a neutral Trader, doesn't take much interest in the war or anything else other than making money. And it's the money that makes him take on the trade to the planet Szuilta while everyone else avoids it. The Szuiltans are the only true alien race discovered by humanity as it spread throughout the stars, and they are notoriously secretive. But the money is too much for Steve to resist.

He might have thought differently had he realised that this one simple trade would land him in the middle of the Aks-Earth war as Szuilta join the battle on the side of Aks.

Don't expect any hard science in this - it's pure adventure. I hope you enjoy it.