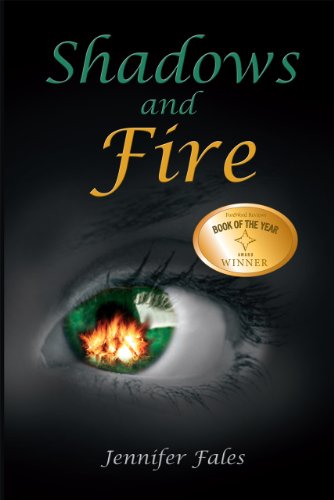 about this book: Shadows and Fire is the first in a series - a quick, action-packed read that introduces you to a whole new parallel world with two contrasting species - humans and supernaturals, human/animal hybrids - that generally fear and dislike each other. For clarification on the "quick" part, it's a novella - 108 pages, with concise chapters and a cliff hanger at the end. The reason I went the novella route to kick off this series is simple: I wanted to do something different, give you an intense experience - where every word, image and chapter grabs you by the collar and demands your attention. By the time you're a few chapters in, the images should be leaping to life on a 3D movie screen in your imagination. For the record, I'm working on the sequel now, and anticipate around 300 pages for this one - more of what you loved, this time around.

As for the details: The backdrop for the book is a parallel earth, where you have two species - humans and human/animal hybrids known as supernaturals. The two groups have little other than animosity left between them. They have tried very hard to separate themselves, to the extent that the hybrids live in vast, interconnected domed cities. The central characters are Lilith and her brother Laydon, adult twins who were separated at a very young age. The siblings are unique because they bridge the gap between both species. When Lilith, whose memory was erased by the Church as a child rediscovers Laydon's existence, she sacrifices her freedom to go into the shadowy world of the domes to find him. But the reason the Church sent Laydon away complicates things a bit: they named him an abomination, and not just because of what's on the outside. Add in a retired warrior priest, who knew and loved their mother despite his vows, sneaking in to redeem himself by finding Lilith and you're starting to get the idea.