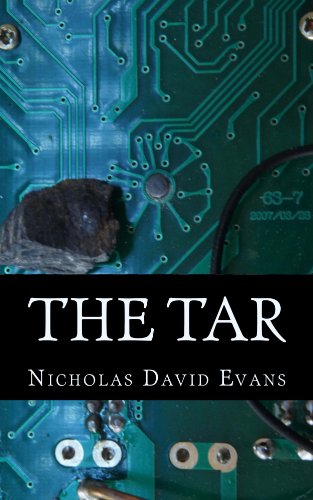 about this book: 'The Tar' was my first novel; it was inspired basically by a love of Science Fiction combined with a hatred of faceless injustice.

It follows the adventures of Zack, a retired special forces operative from the United Western Navy. When he is arrested for brawling in Daisy's bar, some distance from San Diego Spaceport, his troubles just begin.

Spartax are a corporation bent on ruling mankind and alienkind alike, if they manage to learn how to control the powers of a silicon life form discovered on Aldeberon, they may succeed.

Penn Millen and her father thought they had unearthed a bomb, it turns out to be a starships lifeboat; inside is an empathic alien with the ability to move through space instantaneously, when Michael turns around he finds that Penn and the lifeboat have vanished.

Ranjit and the Doc. lived a quiet life on the well-established colony of Damascus; that was, until they met Zack and his friends.