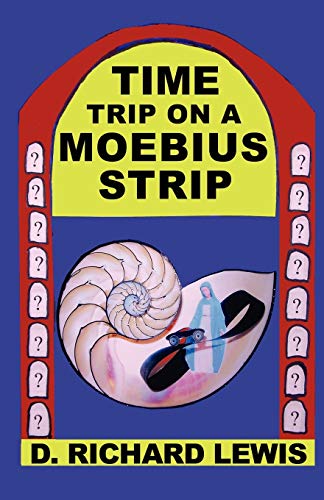 about this book: When I first began to write my sci-fi mystery novel: "TIME TRIP ON A MOEBIUS STRIP," I had no idea that it was going to be so mind-boggling. I say this because of the many connections that the sixteen famous and missing people of history, who are in my novel, had with each other. Because my sci-fi mystery novel deals with a time less dimension where all of these famous missing people are trapped in, I was able to have some of them there who where from other times, such as Czar Alexander the First and the daughter of Czar Nicolas the Second, Anastasia.

My novel begins on Padre Island, Texas, where a boy of twelve finds on a beach one morning a gigantic thirty foot long ten foot high nautilus shell. He hears a eerie voice inside of it and decides to hide it in a nearby cave by means of his father's speed boat...After he becomes a marine biologist and is 28 years old he decides to bring the shell to his lab on Padre Island so as to find out why he heard that eerie voice as well as contact his former college professor of astro physics, a Professor Moebius, whose famous great great grand-father invented the mysterious topological curiosity known as the "Moebius Strip."

They then decide to place a giant metal moebius strip inside of the shell so one of them can ride upon it inside of a vehicle. The vehicle disappears into another dimension where the rider then finds himself trapped with sixteen famous missing people of history ... As I mentioned at the beginning of this page, I discovered after reading these famous peoples' biographies, connections between them that absolutely floored me. I will only mention here and in my novel's You Tube video that these connections are related to the goddess Aphrodite, the Virgin Mary, roses, which are associated with both, and oother connections which make my novel so amazing.