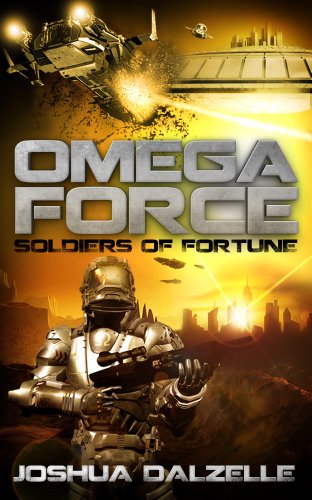 about this book: "Omega Force: Soldiers of Fortune" is an action/adventure sci-fi novel that continues the story of Jason Burke, a lone human in space who has linked up with five other aliens to work as mercenaries out in the wilds of interstellar space.

The story takes up a little over a year after the end of the popular novel, "Omega Rising", and begins with Omega Force executing a contract to rescue a political dissident off of a world under quarantine. Afterwards, they take a job by the same employer to investigate a series of attacks on civilian shipping lanes that has local governments concerned. Soon, they realize the plot is far more involved than simple piracy and end up in far over their heads. Before they know it they're the only thing that stands between untold innocent civilians and certain death at the hands of an uncaring enemy.

When I began writing "Soldiers of Fortune" the biggest challenge was to build upon the relationships between the individual crew members that had been started in "Omega Rising". I also wanted to maintain the humorous undertones in the story without robbing the main plot of its drama and danger. I strove to keep the story light and quickly paced, so I didn't bog the action down with lengthy descriptions of the science involved or focus unnecessarily on the xenobiology of the supporting characters.

Although this is the sequel to "Omega Rising", it is the first book in the "Omega Force" series. It works as a standalone novel without the need to read the prequel to understand what is happening. The idea behind the series is that each book will build upon the others, but will be able to stand on their own as a complete story.