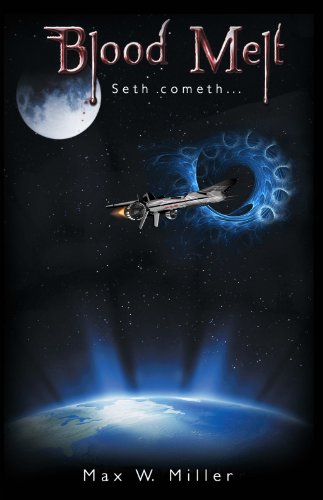 about this book: Avani Darrisaw just wants to lead a normal teen life, but with a father who fights in a secret war and a mother resembling a science fiction goddess, she fears her wish will never come true. At sixteen, her fears become reality when she discovers she is a descendent from Amarka, an alien planet. Horror replaces fear after a Star Warrior choses her to save him. Seth, a prince of the Amarkarue Hierarchy is trapped in a dying sphere. He has come to join the battle on Earth, but needs Avani's blood to do so. She has to become a willingly participant in a dangerous blood-exchange ceremony—the Blood Melt.

Avani wants no part of this "Chosen One" designation and cannot understand why her parents feel so honored by this awful thing that has happened to her. They sent for an overweight, shape-shifting school counselor to scare her into attending some training school for freaks. Avani rebels and runs away—not knowing that Seth could transport himself on short trips to Earth to peruse her.

With mental exhaustion crumbling her will, Avani gives over to her feelings for the gorgeous prince with the honey-brown eyes. It is after her heart declares her love for him that she finds out there is more to the Blood Melt story than even her parents has told. She knew the Amarkarues had come to help their Earth descendants battle against the Walfarian Spikers. She did not know that consenting to the Blood Melt unleashed an assassin assigned to murder her. The odds of surviving the Blood Melt were slim; the odds of surviving a Walfarian assassin were none. Will Seth and Avani survive the Blood Melt, and if they do, can Seth free himself from his prison in time to save her?