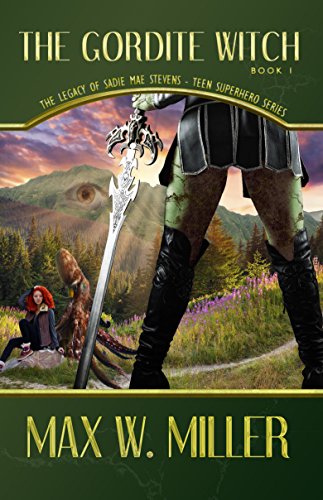 about this book: Sadie Mae Steven lost her mother when she was only five. An African American teen with fire red, long curly hair that grows like a weed every night, she is not your everyday neighborhood teen.

Sadie visits HER FOREST nearly every night, and has the power to release a dense, blue-green chemical that coils around PIGWALLERS and then becomes crystalized CHAINS. Sadie Mae Stevens is a Dylanian and her legacy is to battle against the Tetradyne Rulers so that the planets, Earth and Dylan can stay balanced.

Sadie Mae never wanted this legacy she's left with, but didn't know how to stop going to her FOREST to have training conversations with her MENTOR, Lendra, a MOUNTAIN WITH a huge EYE in the center. All Dylanians have their own forest filled with odd creatures.

When Sadie turns fourteen, she is released by Lendra to begin her LEGACY—TO SEARCH FOR and chain PIGWALLERS that had disguised themselves as humans, secretly causing devastation on Earth. Between realms, Sadie fights these low life servants of the big boys (the Tetradynes). At times the fight would spill over into the realm of her Earth bedroom.

Because of the noise plus a few more supernatural things Sadie's human father saw her do, he is persuaded, with the help of his new mysterious fiancé, that Sadie is too damaged inside to hang around her two brothers, who seemed perfectly normal. Henry Stevens Sr. abandons her by sending Sadie to a woman on Daufuskie Island. This woman is supposedly skilled in breaking the curse off of children like Sadie.

Unfortunately, the island woman turns out to be the leader of a government laboratory where the caregivers experimented on Sadie and other children carrying the UNUSUAL PARANORMAL GENES.

It is there on Daufuskie Island, that Sadie opens the small ornate trunk that her mother had left her. She discovers how her mother died and what her mother expects her to do about it. Afterward, Lendra advises Sadie to go to her forest and train with Norris, an arrogant frog with human-like features. Sadie then issues a challenge to a powerful Tetradyne Ruler—the GORDITE WITCH. And thus the legacy that her mother left her becomes real.

Max W. Miller is a self-published writer of Speculative Fiction. In order to move her work forward, she is seeking literary representation that is well-versed in book and film. Max works daily on her platform through either social media, press releases, guest blog posts, article writing, radio interviews, and through her blog. Visit Max at www.scififantasyfiction.com Follow @maxwmiller