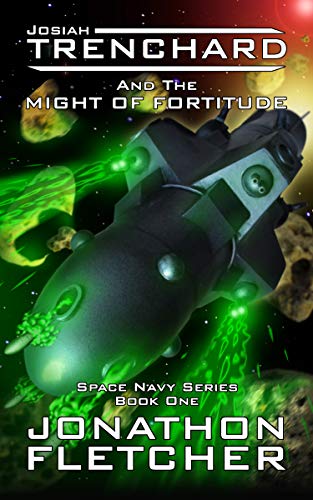 Book: Josiah Trenchard Part One The Might of Fortitude by Jonathon Fletcher

about this book: Josiah Trenchard, Part One: "The Might of Fortitude", is the first in a series of military science fiction novellas. They follow the career of Josiah Trenchard, a gritty, foul-mouthed officer in the United Worlds Space Navy. I wanted to try and write science fiction that felt a little more real than Star Trek or Star Wars, and so I've modelled my space-craft on a Royal Navy hunter-killer submarine. All the science is based on things that are being developed right now! I've just extrapolated a little further into the future. There's no magic artificial gravity, just the centrifugal force of a spinning ship. The Might of Fortitude is cramped, smelly and claustrophobic, just like a real Navy sub, or for that matter, a United States space shuttle. Life in space is hard, the food is rubbish and water is rationed, giving the sailors a distinctive and powerful body odour.

Everyone needs a foe, and in these stories it's the vicious pirates who prowl the outer reaches of space, and desperate Insurgent terrorists who are waging war against the political rule of Earth. The first episode sees Trenchard recruited as Executive Officer aboard the prototype Wolverine class star-ship Might of Fortitude and sent on a deadly mission to hunt pirates in the asteroid belt between Mars and Jupiter. Soon after launch, the Might is attacked by the pirates and Trenchard finds himself in a desperate struggle to save the ship, the crew, and the honour of the Space Navy. Will he prevail? You'll have to read on to find out… Honour, strength and unity! 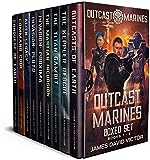 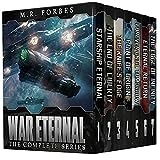