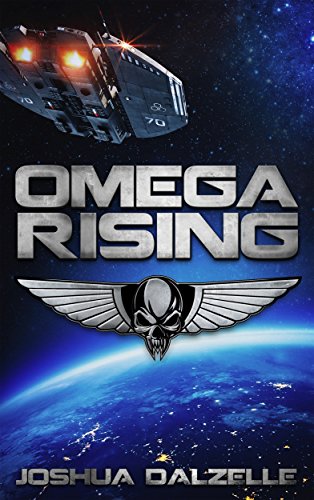 about this book: Omega Rising is the story of a loner ex-military veteran, Jason Burke, and the adventure that ensues when he inadvertently gets himself shanghaied on an alien spacecraft that had made an emergency landing near his mountain cabin.

When he's discovered on board, he can't resist the allure of such an incredible opportunity and agrees to stay and help as best he can. But, things aren't always as they appear and soon Jason is once again fighting for his life along with some new friends he meets along the way.

When I first began thinking about Omega Rising, I knew I wanted to craft an action-driven, lighthearted adventure that didn't plod or stall along the way. I took inspiration from the old serial westerns like Lewis L'Amore's work and even the action shows from the 1980's like "The A-Team" to try and create a universe that was fun, somewhat plausible, and mildly whimsical. I strove to keep the science approachable, the characters relatable, and to not rob the story of its drama by engaging in distracting dissertations on gravity-drives or astrobiology.

Omega Rising was so much fun to write that I knew I wouldn't be able to leave it be as a stand-alone novel, so from it came the "Omega Force" series; a planned open-ended series of books based on the same characters. I suppose that it would be accurate to describe Omega Rising as a prequel to the Omega Force series.

The book was best described by Brian Keene, an author I've been a fan of for some time, who shocked and delighted me by reviewing my book on his website.

• "...Omega Rising is a fun, imaginative slice of New Pulp sci-fi — perhaps best described as tossing Edgar Rice Burroughs, The X-Files, Larry Niven, Douglas Adams, The Last Starfighter, and Coast to Coast AM into a literary blender, and served chilled."

Ordered 2nd and third book as soon as I finished the first. That way I could keep going. Please keep out "f" words. Real men don't need them. You have such a great sense of humor find ways around it! My husband just started the 1st book. He says it's pretty funny and really pulls you in. [by Andrea]