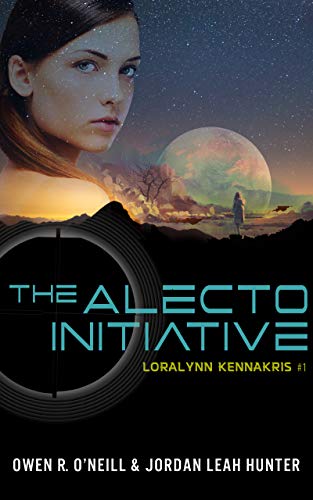 about this book: Out in the Methuselah Cluster, the most remote region humanity ever settled, life is not easy for anyone, but it's a whole lot worse if you're a kid. That's what 11-year-old Loralynn Kennakris learned when her alcoholic father abandoned her, first entrusting her care to a family of local magnates. Within the year, they'd sold her to a sadistic slaver captain who took from her the last thing she owned: her name.

Most enslaved girls last a year or two. The strong ones might last four. Kris survived for eight. And when her chance at freedom finally came, courtesy of the Nereidian League Navy, she sunk her teeth into it.

Unfortunately, eight years growing up in Hell prepared Kris for everything but being free. Not only does she have to find her way in a bewildering society full of bizarre rules that looks down on her for being a colonial, but the very people who rescued her suspect she's a terrorist plant. Then there's this beautiful interstellar celebrity who's stirring up feelings she'd really rather not deal with at the moment. And now someone's trying to kill her.

Kris lived through eight years of slavery, but can she survive eight weeks of freedom?

The Alecto Initiative is the gripping story of an extraordinary young woman forced to come of age while looking Death in the eye. It pulls no punches and refuses to look away, but it's also a story of the beauty and friendship that survive in the best of people, even in the worst of times.

It is the powerful and thought-provoking opening to a new science-fiction series unlike any you've ever read.

A bold new world with a fascinating new heroine. .

It's rare to find a book of science fiction whose world feels at once exotic and familiar, and truly well-developed, but The Alecto Initiative is one, grabbing the reader both by virtue of its fascinatingly detailed future world and its roster of complex characters. Extremely topical and timely, The Alecto Initiative sketches out a world blighted by human trafficking, as it introduces Loralynn Kennakris, a gorgeous former sex slave who may just be a genius space pilot. Reminiscent of the enigmatic and alluring heroines of such sci-fi blockbusters as Neal Stephenson's The Diamond Age and William Gibson's Pattern Recognition, Loralynn's complicated character is one I can't wait to follow in the next book of this series.

I'm impressed with this series intro. The writing is skilled and genuine - very evocative. I was caught up from the first page and read through this quite fast.

It was refreshing to find such a strong, yet imperfect female lead. The characters were well developed and believable. I was able to get a strong sense of just about every character. I was especially impressed with the dialog. It reads more genuine than most military sci-fi and maintains a sense of humor.

Some of the themes in this are a bit dark, especially considering the slavery past of the heroine. Keep this in mind if you flinch easily. But it's not gratuitous and it serves a clear purpose.

As far as futuristic technology, this isn't an info-dump. The science parts of the story make the world interesting and credible but it doesn't dwell on the topic.

The plot runs smoothly and quickly, perhaps a little too quick. But there's always something to get excited about. Overall this is a very good beginning to a series, and I'm looking forward to the next release. [by Autumn Longoria]