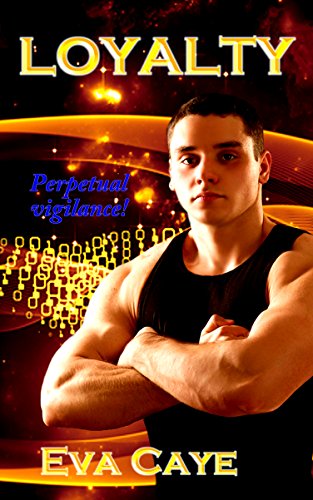 Book: Loyalty (To Be Sinclair) by Eva Caye

about this book: The dangers of being Imperial mean Princess Anne, Prince Brian, and Prince Christian must set aside their petty differences to support each other through thick and thin. As they struggle to find compatible mates, security issues come to the fore!

Lord Andrés Encino, for example. As honorable as a man can get, he nevertheless represents true danger to Anne simply because he has a photographic memory, and she is the principal heiress to Empress Felice Sinclair's ultra-secret stargate science. Anne sets aside her fears to pursue an intimate relationship with the immensely talented designer, which means her Sentinel Lieutenant brother Brian must also investigate all the Encino family secrets that could lead to security breaches.

As Service Lieutenant Prince Christian Sinclair battles his own insecurities, hoping to find a lady who could withstand the Imperial social scene, his ship is called upon to investigate the sudden disappearance of the Stargate Fleet, including Mother, Anne, and brother Josef. Their travails expand dramatically as the Imperial Family copes with the consequences of the Crandon Stargate Fleet Battle and the persistent attempts of the Atticans to either capture or destroy all stargate scientists!

What is the cost of being Imperial, in isolation and friendship and love? And how can they find partners willing to live with the security requirements needed to maintain not only their own safety, but that of the Empire?