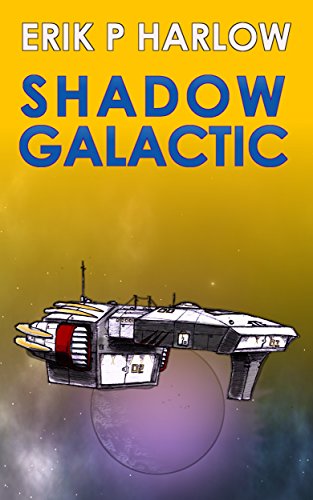 about this book: Is power alone enough to make a hero? When his ability to fold space is unlocked by a mysterious ambassador, when the Galactic Union faces total destruction, it's up to Gavin Santiago to master his abilities and find a way to stop a vastly superior foe. Along with his friends, he joins Zerki Ibarra aboard her starship, and they are flung into a galaxy of action, mystery and memorable characters.

Steeped in both hard and theoretical science, Shadow Galactic is infused with familiar and fantastic elements. Aimed at teen though adult readers, it's a character-driven story of struggle, wits and personal growth, seasoned with romance, action and adventure.

Inspired by Star Trek and Firefly, I took it upon myself to write some gritty space opera, and there's at least a character or two in the background that have been inspired by those works. I've been writing for years, and with the advent of eBooks, it seemed like the right time to offer this story to the market.