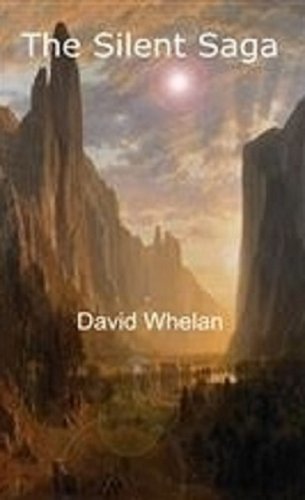 about this book: Hi, thanks for reading about my book. The Silent Saga is the culmination of years of thinking about science fiction and finally getting around to doing something about it. The aim of the saga is to fuse action and adventure and then mix ideas from numerous films and television shows I have watched.

I am of the belief that most ideas have already been covered so I decided not to fight against the concept of originality and embrace the clichéd. Now, don't get me wrong, the idea is similar to other stories but with new characters and a new setting. The idea of an all powerful enemy silencing the galaxy at the one time I feel is something different.

The purpose of the saga as a whole is to create a book version of a straight-to-dvd film. Those movies that entertain but you wouldn't really say is Oscar material as they are made on a low budget. The intention of the Silent Saga is to realise its own limits and my limits as a writer and be happy that the story will create entertainment, well at least that's what I hope.

I could almost call it a B-Book, maybe that's a new term ha. I hope you enjoy the book and read it for what it is, a fun fusion of action and adventure and a dollop of cliché from sci-fi old and new.