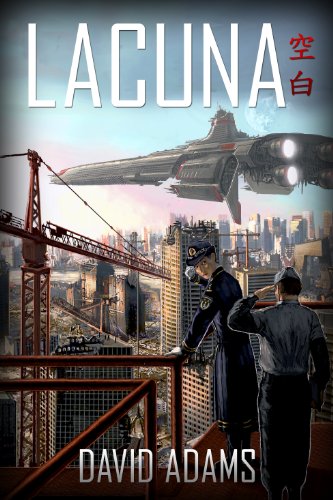 Book: Lacuna - Demons of the Void by David Adams

The discovery was a device, called the jump drive, that would give Humans the ability to travel between naturally occurring points of extremely low gravity called Lagrange points.

The event was the Toralii appearing in orbit and, after warning Humans never again to develop this technology, destroying the cities of Sydney, Tehran and Beijing.

Nearly a decade later and humanity has rebuilt their device in secret, along with three large ships to carry it to the stars... and to defend it from the Toralii.

Demons of the Void, the first novel in this series, focuses on Captain Melissa Liao from the People's Republic of China. She commands the TFR Beijing, the second of the three warships to be built and the one primarily crewed by Chinese nationals. Her affair with the Captain of the TFR Tehran is a sideplot, along with her professional and platonic relationships with a whole host of other characters, including Saara the Toralii.

The Lacuna series is two novels and four short stories, with more coming all the time. So far the novels are:

• Lacuna: Demons of the Void
• Lacuna: The Sands of Oblivion

And the short stories are: