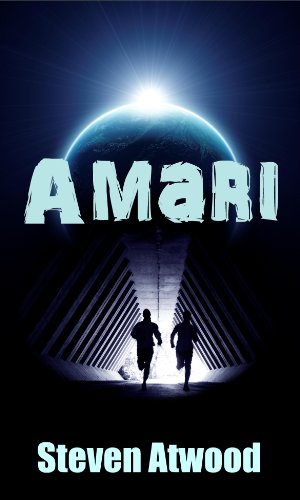 about this book: Amari started her career by smuggling people from Earth to freedom on Europa, but later discovered that theft and murder was far more profitable. It was almost romantic in the beginning, but it didn't last.

The story begins when she is on her last mission. Her "employer" promised a full pardon and a place of her own on a remote part of Europa. All she had to do was kidnap a "terrorist" and hold onto her for a short time.

• What is the setting of the story based on?
The world government is based off of Rome (just after the Roman republic was reorganized into the Roman Empire), 1930-1945 Germany, the current financial global financial crisis, and human nature.

Over a very long period of time, most governments becomes more and more authoritarian. Using this premise, the Earth is a strict dictatorship where you have the "ruling class" and everyone else.

When Earth colonized Europa, the sheer distance would cause degraded control, very similar to when the British colonized America. People fought to leave Earth to the promises of freedom on Europa.

• Is this book part of a series?
Yes, there are a few follow up books planned, so far.