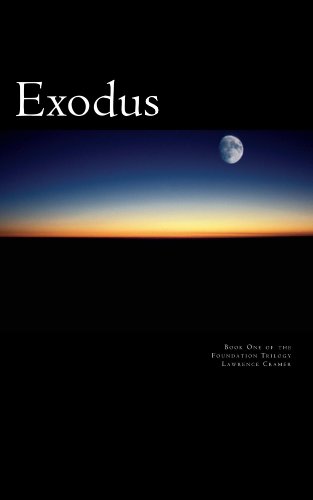 about this book: Changing the global dynamic, the new discovery of "wet tunnels" linking the underground oil wells, throws the world into a sea of chaos. Governments redirect priorities and focus their attention on militarization and the harvesting of the last remaining pools of black gold. Panic reigns supreme, detailed by riots and other acts of violence, and the citizens of the United States scream for the government to act. In response, Martial Law is declared and the civil rights once held by every American fall to the wayside.

Out of the torrent of chaos and oppression an underground movement forms: The Pilgrims. With the solitary mission dedicated to seeking freedom for all of mankind, they devise a plan from which to rebuild a now forgotten free-state. Based out of Lake Haven, the movement's masterpiece of strategic ingenuity has nearly come to fruition.

The story takes place 50 years in the future and centers around a young man named Devin, who finds himself unwillingly caught up in the Pilgrim's movement and an enemy of the state. Realizing his survival is at stake, the teenager, accompanied by a band of refugees, struggles to escape from the governmental confines of the city and on to one of the last remaining strongholds of freedom: Lake Haven.

• "The novel's pace is fast and furious, moving from one wonderful battle scene to the next quickly and convincingly. The mix yields a book you don't want to lay aside until you absolutely have to." — William Fletcher

• "I can foresee this book becoming mandatory reading for our students of the near future. I can't wait for book two to come out." — Van