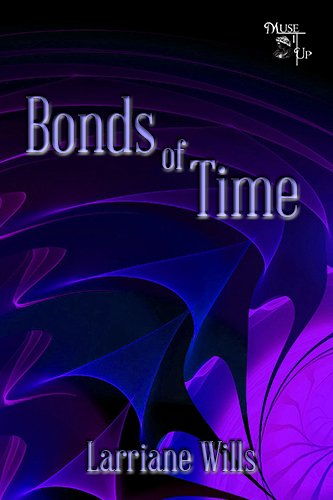 about this book: The cover on this book is generic other than giving a sense of eternity. There is a reason for that. The story is too involved for one simple set of images to depict. Beginning in what could be our near future, war destroys all known civilizations leaving only small pockets of survives. While one woman, Judith, could care less what has happened to the world she withdrew from years before, another woman, Madeline, is certain it is her destiny to rebuild the human race, woman in dominance, men their servants. One man, Garth, arrives, falling from the air at Judith's feet. She wants to know who he is, where he came from, and how he got there. To get answers she first has to teach him how to communicate. As soon as Madeline learns of him, she wants him for a breeder. While Garth teaches Judith she does still care, at least for one human, Madeline learns Judith will go to any measures to protect him. So the story begins.

The kernel of an idea for this story occurred to me more years ago than I care to think about. It was one of those things sitting in the back of my mind waiting for attention. Though I added scenes, still it didn't come together for a complete story until a few years ago. It bubbled up again at the right time, caught and held my interest long enough for me to concentrate on the missing elements to make it a complete story. Rather than a different dimension or place, I chose a different time, and then I imagined a way for the characters to escape the restricting bonds of time.