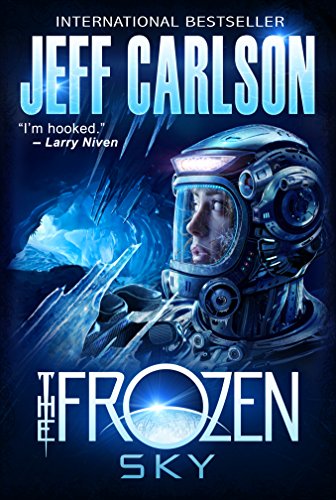 Book: The Frozen Sky - The Novel by Jeff Carlson

about this book: From the international bestselling author of the "Plague Year" trilogy and "Long Eyes" comes a new sci fi thriller: "The Frozen Sky."

A dark near-future adventure set beneath the surface of Jupiter's ice moon Europa, "The Frozen Sky" has been hailed by science fiction greats such as Larry Niven and Allen Steele as Jeff Carlson's best novel yet.

• "A first-rate adventure set in one of our solar system's most fascinating places. Carlson is a fine storyteller, and this is his best book yet." — Allen Steele, Hugo Award-winning author of the "Coyote" series

• "Nothing short of amazing." — David Marusek, Sturgeon Award-winning author of "The Wedding Album"

To date, Carlson's work has been translated into fifteen languages worldwide. His short stories and articles have appeared in top venues such as Asimov's Science Fiction Magazine, Boys' Life, Strange Horizons, and the Fast Forward 2 anthology.

Video: The Frozen Sky - The Novel by Jeff Carlson