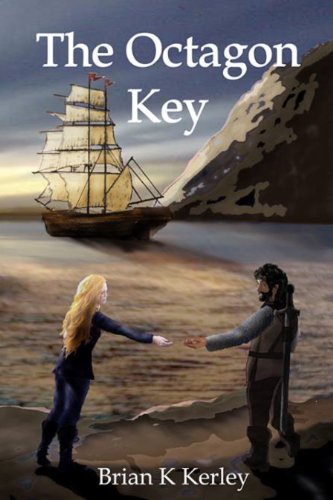 about this book: In the near future, mankind finally over did it. Over population, pollution, wars, and too much technology too fast destroyed the planet. Genetically enhanced for very high intelligence and powerful perceptive abilities, a group of these special people tried to warn world leaders and at least slow the rate of destruction, but their attempts failed. They gave up and went into cryogenic sleep while man bombed himself back into the stone-age. No one woke them for a long time. Ten thousand years passed when the few that survived were wakened into a feudal world on the brink of discovering gunpowder. A key is found. It is eight sided and activates a key pad that opens the long forgotten control room where the president and the joint chiefs of staff could safely order the machinations of war. The knowledge, technology, and power from such a find could do great good or vast evil. The octagon key is hidden and arises after three generations. Many want it. An amnesiac has it, for now.

My name is Brian K Kerley. I was making a seven hour drive to a wrist surgery, taking in the beauty of the white capped Wrangell Mountains, when the idea came to me. I visualized the character Imar waking in the dark, his mind empty and his bladder full. Upon returning home after the surgery, I began to type with my off hand and use of voice recognition. Each day I never knew what I was going to write until I wrote it. The story is still growing and whenever I return to it the words flow without me knowing what will emerge. It took me about a year to write. After many revisions I put it down for another year, and then I revised it again. I once read Viktor Pelevin writing something to the effect that a writer will keep revising until the publisher takes the manuscript away. I believe him.

The cover reflects the sea aspect of the story, but I could really use an artist that has read the novel. A better cover could be made, so if you are an artist and you read my book, maybe we can work something out. I must say that the cover was the least time consuming part and harder for me than even all the time encompassing research. But then, I'm very good at research. As an aviator and a mariner I am very familiar with sea travel and weather; however, a study of 18th and 19th Century sailing was important in my novel's realism.

For my readers who enjoy swords and sea, wizards and warfare, honor, desire, loyalty and love, I think you will enjoy The Octagon Key.

I would like to read more - so far it was interesting. I haven't read much yet but it did keep my interest and I found myself looking for more of the story.