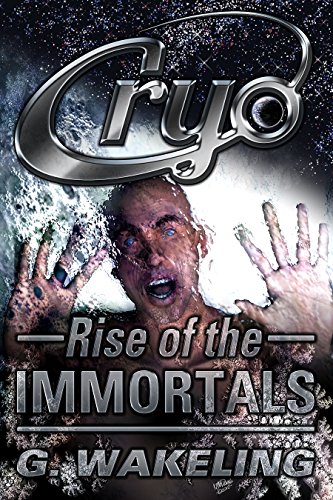 Book: CRYO - Rise of the Immortals by Geoffrey Wakeling

about this book: CRYO: Rise of the Immortals takes place in future Britain, an era when the world is descending into chaos because of a lack of resources. However, media reports no longer cover the troubles in third-world countries or the plight of those less fortunate; they are solely there to make the rich feel better about themselves.

With matters becoming worse by the day, John Carlody is desperate to escape to a better world, and in a moment of spontaneity, he buys a lottery ticket for the global cryogenics program. He wins one of only 50 tickets going, offering a cross section of society to sleep for five decades and wake in a new world.

But, is John actually prepared with the reality of fame, of saying goodbye to his family and of journeying to the future with no way back? As the CRYO program begins, John's world changes beyond recognition, and he begins to realise that the company sending him on his journey have many secrets to hide. Once started, there's no returning home.