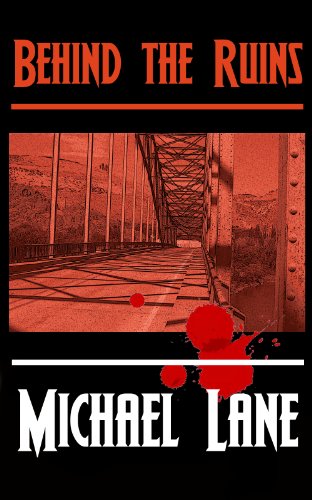 Book: Behind the Ruins by Michael Lane

about this book: Behind the Ruins is a 74,000-word dystopian post-apocalyptic novel that chronicles the voyage of Grey. It's the sort of story that will appeal to readers who enjoyed The Road, or Lee Child's reacher books, and should also interest those looking for speculative fiction with a literary flavor.

I did a lot of research for the book, though there are no massive technical dissertations on electromagnetic pulse effects or the mechanics of massive meteor swarms - the book reflects those effects on society and the characters, but doesn't focus on the "how" - I'm always more interested in what happened rather than how it came about.

The novel opens with a quote from Hermann Hesse that's cental to he book's theme - and the title's source:

I will no longer mutilate and destroy myself in order to find a secret behind the ruins. -- Hermann Hesse

Put briefly: Survival at any cost sounds rational, until the bill comes due.

The world didn't end when the meteors came, three decades before the story begins, but it changed, its technology and culture reduced to that of the pre-industrial era. Grey, the protagonist, survived but did so in ways that scarred him deeply and forced him to withdraw from the world both physically and psychologically.

During his trek from British Columbia into the former United States he must overcome both his own bleak memories and the murderous forces of an old friend. The lessons he takes away and the decisions he makes will determine not only if he has a future, but whether civilization does.

I'm a 48 year-old print journalist and news photographer who has worked at a number of papers throughout the northwest and who now lives in British Columbia with a wife, two wonderful sons, a fat dog, lazy cat and too many horses. Personal fascinations outside of writing are flyfishing, photography, reading and playing the electric bass (badly).

• This is a very well written piece that drags you in from the start. I've read a few post apocalyptic works, and this is genuinely the first the I've wanted to read more of; (To be honest, this is not really my genre and I put down Cormack McCarthy after a couple of chapters) However, I found your dialogue authentic and the pace sharp.
— 6 stars, Mark - Hellion 2


• Behind the Ruins is great ... The more of Grey's character that is being revealed the more I like him.
— High stars from me, Alice

Other notes? Well, the cover is something I did myself. I do like it but I may refine it in future digital editions as the print version will be slightly different. The novel took about six months to write and edit, but the story itself has been something I've mulled over for years.

To all my readers who have been so kind, thank you.