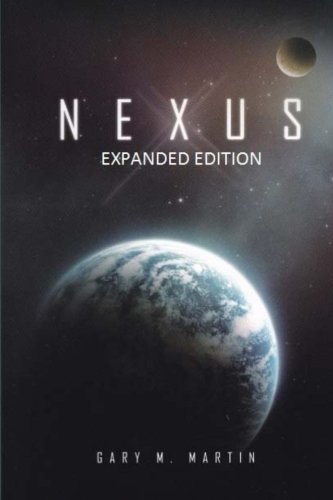 about this book: My book titled NEXUS is about an ordinary town that is suddenly becoming something vastly more. It is quickly becoming a stepping stone for an unsavory group of people. Most citizens do not believe that something senister is going on, but an FBI special agent, a psychic police detective, and a rather uniquely skilled bounty hunter, discover the evil that lies underground in revovated caves, and the power of a machine that could destroy the entire town.

I was a little evasive in the description, but a lot of my story involves finding out the information in steps. I guess you could say it's sort of a mystery, too.

I try to write something exciting that will push the reader to the next page, but I really believe that there has to be good characterizations. To me that is the mortar that holds the story together.

The primary readers of my book will probably be people who like science fiction, horror, action, and even some comic book fans.

I think my book is a decent read, but I'm still learning. I think I'll get better with each one. Which reminds me, I'm already working on a new book. It is tentatively titled 'The coming of dark.' It is a paranormal horror book.

If my readers like my book I would really like them to put a review on Amazon.

Other books by Gary M. Martin