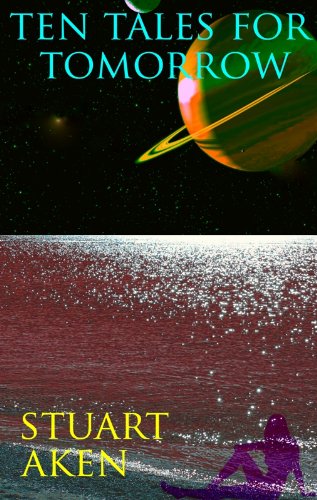 about this book: Mostly dark speculative fiction for those who like their stories to say something.

The stories were written to entertain first and then leave the reader thinking about the themes raised. Mostly dark science fiction and fantasy, there are nevertheless moments of lightness and humour.

Rebirth: Centuries had passed since Jared had seen her. Like him at the time, Adelita had been in her prime; a reward for the few remaining males. But Jared had seen her as more than mere recompense for his ability to exist when most of his gender had declined or died. He'd always felt more than mere physical desire for her. Something he couldn't name, though he was sure a name existed for it, somewhere in the distant past. At the time, he'd been sure she'd wanted only his genetic rarity.

Malignant Fusion: After twenty-three hours evading capture inside Base, without food or water, Charlie Cadnam had his evidence. He'd retched as the surgeons, clad in skin-tight, protective black suits, attach the victim's brain to the aircraft's controls. But he'd recorded it all.

• "This is vintage Aken. He is a master of the short story and can get inside the hearts of minds of an incredible array of characters - not always human." — Penny Grubb

• "If you are expecting Space Opera, think again. This is our own time extrapolated, or perhaps the thinking of our time, the actions of those supposedly in office to serve us, the alienation of humans as individuals, the corporate ID taken to extremes." — Linda Acaster