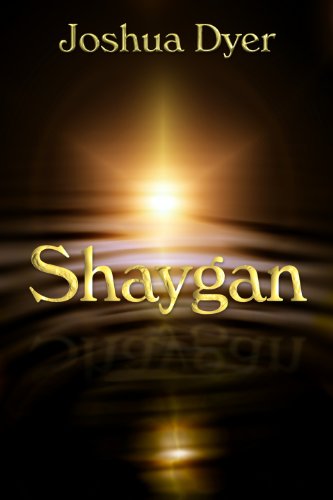 about this book: Shaygan is a word from a language called the Quinii Gentra. It's the native tongue to the inhabitants of Quina. The word shaygan losely translated means 'door' or 'gateway'. The people on Quina never expected to see another gateway opened. After the bloodshed decades earlier during the Portal War, who could blame them?

Times are different now. Otherworlders have been spotted outside of their majestic cloud city of Frolon. They haven't brought war with them this time. Instead, they have released some cursed virus that slowly kills everyone that it infects. Why have they come? Why do they seek the ancient text buried deep in the mountains to the north? How did one of these Otherworlders get the mark of one of our High Houses on the back of his neck? Above all of these, can anyone save either of our worlds now?

On Sicon, a small group of mages looks for the cure and the cause of the pandemic. One of their own has found a way to open a portal back onto Quina. There's only one reason that their dark counterpart would even want to risk it – The Tome. The ancient ritual text of the Crimson Path. The Order took the text there during the Portal War to bury it. They had hoped that this would seal Taeligan in his ethereal prison forever. Now a power-hungry mage has found a way to release the Darklord, and allow him to walk the shores of Sicon once more.