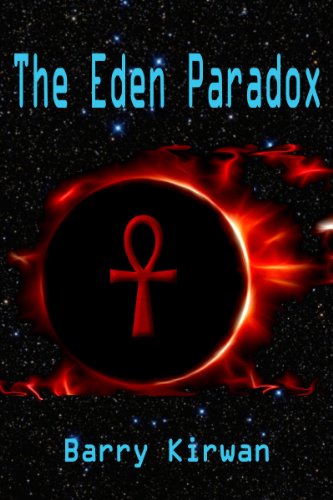 Book: The Eden Paradox (The Eden Trilogy) by Barry Kirwan

about this book: Fifty years from now Earth is on the verge of environmental collapse. A new habitable planet, Eden, is discovered, and a means to get there. But the first two missions have failed to return. The Eden Paradox charts the third mission to the planet led by Blake Alexander, and the efforts of Eden Mission analyst Micah Sanderson to unravel the shocking truth about what really lies in wait on Eden.

The Eden Paradox is a science fiction 'thriller', a page-turner that comes to a devastating climax. It is followed by Eden's Trial, also available in paperback and ebook, and will be followed shortly (end 2012) by Eden's Revenge.

The primary readers are not only Science fiction readers - anyone who likes a fast-paced thriller should enjoy this book.

It took me five years to write, and so is something of a labour of love. It originated from a short story called 'Trouble in Eden', but The Eden Paradox more aptly captures the tone of the book.