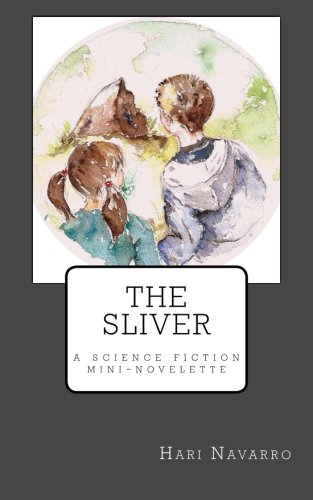 Book: The Sliver by Hari Navarro

about this book: "For as long as I could remember my father and mother had never liked my grandmother, and, for many years, neither did I"...

The Sliver follows the childhood recollections of the books nameless and self-professed '… finder of lost things'. It is a short children's science fiction novel in which a young boy, and his sister, discovers that there is far more to their Grandmothers ramshackle existence than ever meets the eye. It is here they unearth not only a great and slumbering secret, but also the truth behind an old woman that they should have known best of all.

"All was as always, and it seemed this soggy afternoon was to be just the same as any other, but this was a special day. This was the day that the rock decided to talk..."

The Sliver lives in the blurry haze that is memory, a place that was once so vivid but that now shuffles fact with fiction as it gleefully provokes us to determine which one is which.