Book: Sam's Winnings (Tales of the Ragoon) by Stan Morris

about this book: Did you know that a hundred years ago almost all of Africa was owned by Europeans who made whatever laws they wished and required the people to obey those laws? What if something like that were to happen to our Earth? Suppose Earth was invaded by aliens who were not interested in destroying us but only interested in controlling us. Suppose they were merchants who were interested in acquiring raw materials from our solar system. Suppose they were hermaphrodites who were extremely prejudiced against multi-gender species, much like Europeans were prejudiced against African people who were not white. Suppose they considered multi-gender species to be semi-sentient and worse, they claimed it was their duty to "civilize us." What if they required one gender to become the property of the other gender? What kind of laws would they require us to enact?

It started as a simple game of poker, but when Jack bet his sister, Ashley, as a joke and Sam Wilson won that bet, their lives took an unexpected turn. The Ragoon don't get the joke, they believe the kids violated their law, and now Sam is legally responsible for Ashley. How does a boy from a small city in California who discovers that he owns the girl of his dreams respond?

This book is about self control and responsibility. It is aimed at older teenagers and young adults. (I don't consider those groups to be the same, though they may overlap.) The book took several months to write, and the title should be self-explanatory. The cover was found on a photographers site, and the photographer kindly put it in the public domain. The hardest part of the book was making it risqué enough to titillate the reader without losing the moral messages. Hopefully, I accomplished that. Most of the research was about mid Central California and was accomplished by using the internet, although I was born and lived in California, and recently took a trip through the area to refresh my memories. This novella (forty thousand words) was the first of three stories I have written about the world under the control of the Ragoon. The other two are, Kate's Movie Star and Amy's Hero. 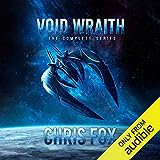