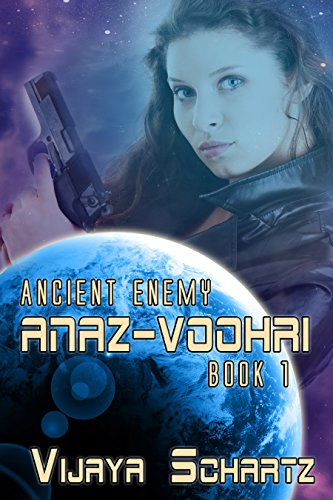 about this book: 800 years ago, the entire Anasazi people disappeared. According to Native American legends, they were taken to the Pleiades system by the Star People. Even then the Anasazi were a bloody lot. Their name means Ancient Enemy according to my reliable Native American connections.

Now, after butchering their captors and stealing their technology, they return from the stars to claim the planet of their ancestor... a blue orb named Earh. They do not need humans, except for one purpose. After so many space battles, their numbers are small and they only have a few spacecraft. They need human DNA to breed more warriors. They want Earth as their future base to launch their invasion of the galaxy.

Since they cannot attack in numbers, they abduct human females for a sinister purpose.

Zack, my hero, witnesses the abduction of his baby sister as teenager. This traumatic event will propel him into the Military where he meets the heroine who is his drill sargent. Yes, this is also a romance. What would we be without love? This unlikely pair will have to confront many obstacles before they can get to space and kick some alien butt.

• "an epic novel of enduring love despite Herculean obstacles and extraterrestrial intrigues. I was caught up from the first sentence... I adored this book." 5 cups - Coffee Time Romance