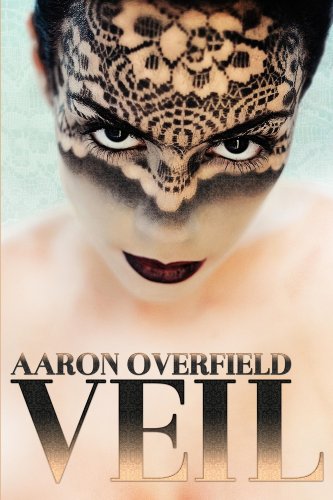 about this book: After developing a method that allows one person to experience and perceive life through the body and mind of another, Dr. Jin Tsay is murdered by the government who contracted his research and development. Jin's revelation endows humanity with the ability to experience every aspect of another person and then remember what it was like to be them. Named "Veil," Dr. Tsay's technology promises to be the ultimate form of espionage and anti-terrorism; therefore, the military strongly desires sole possession and containment of the device. If it escapes the military's grip, Veil also promises to pervade and permanently alter the entire landscape of humanity.

Realizing the military's role in her husband's death, Suren Tsay employs the help of Jin's old colleague and friend, Ken Wise. The two plot to share the life-changing technology with the world before the military has a chance to exploit it. They race to complete Jin's work and develop their own version of Veil. Along the way, the pair encounter some unlikely help from inside the military and with their combined forces, they achieve vengeance for Jin by undermining the government that contracted him, only to order his execution.

With the power of Veil in her hands, Suren obsessively hunts down the military's hired gunman. In what has become the "New Veil World," the revered "Great Widow Tsay" and the other legendary "Tsay Trustees" seek and deliver the most brutal, poetic justice upon the killer the New Veil World's father, the Great Jin Tsay. In the process, Suren learns that the New Veil World wasn't without its costs and the seemingly magnificent, powerful beauty of her husband's invention might have other plans for humankind.

Cut off from the rest of the world due to the notoriety and fame obtained from the very technology they delivered unto it, the remaining Tsay Trustees find they must liberate the New Veil World from Veil's inherent perils. If the Trustees can't get humanity to unplug from Veil, the future threatens to be reduced to a world with a singular identity comprised of one set of perfected, godlike, overwhelming experiences. If the Trustees can't get humanity to unplug, they predict the future holds only the Veil Apocalypse and the total loss of identity and individuality.

One of a kind read

This is a one of a kind read, I've never read anything like it. Not for those who are easily offended. But it is an amazing story with some crazy characters! I wish I could read it again for the first time. [by Thomas Timmermeier]