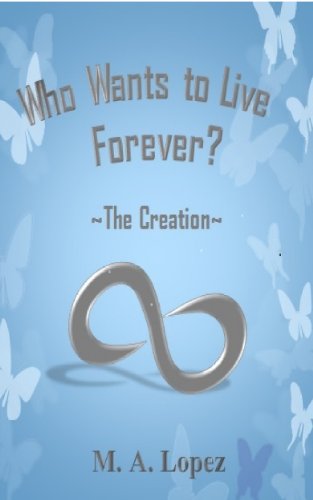 Book: Who Wants To Live Forever - The Creation by Mark Lopez

about this book: This is the second book I attempted and I am pretty happy about the way it turned out! It centers around a young man named James who happened to be friends with a scientist named Rick. Rick likes to get ideas from James who thinks outside the box more-so than even he as a scientist could do. When James has an idea about a new formula that can heal virtually any wound, its the best idea Rick has ever wanted to work on.

It turns out that one of the side effects from this formula was that it would reverse aging in people. The old could live forever if they so chose to. The world never had to worry about dying any longer!

Sometimes though... not everyone is happy about living so long and the most unexpected results can happen. Enjoy as i take you into a world of immortality and the absence of fear...