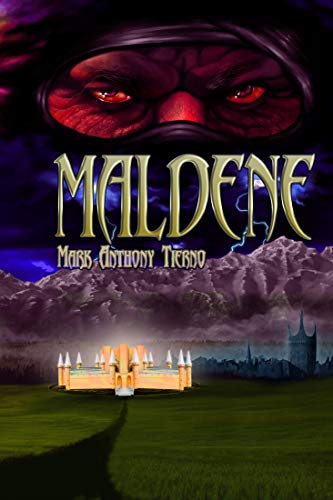 Book: Maldene - Volume One and Two by Mark Anthony Tierno

about this book: Maldene is an alien world where magic and mystery abound and unforgettable characters can be found. A place where magic meets science, but a most feared villain demands compliance. A quest to find the secret of the villainous Miro's plot, before the deeds of the world's heroes come for naught. An epic tale that spans many a land, and a world living under a shadowed cloud; where even the gods dare not say his name aloud. A plot laid before they were even born, and through his machinations be torn. The hand of darkness reaching to tear this world apart, but in the end this is but the start. For as through perilous tests they go to find what they need… in their goals, Miro WANTS them to succeed.

Maldene is an epic fantasy that has been compared to "The Hobbit meets The Odyssey". In the literary war between "Plot driven" and "Character driven", mine is a story with elements of both, laced with the look and feel of an alien world with it's many cultures and locales. A world complete, where adventure is merely the introduction to what more lies beneath the surface of the world of Maldene. On the surface a story of swords and sorcery, but that is just the lure, for as the tale progresses through successive novels, you will find that Maldene is where Fantasy and Science Fiction intersect to give birth to something truly unique… and that the clues were planted throughout this first book.

This is the first of an awe-inspiring Triskadekology (series of 13 books); a story that begins on Maldene and spans the stars and beyond. A story that was 15 years in the planning and 8 years in the writing. If you like epic fantasy, if you like characters that seem real enough to jump straight out of the page, if you like your magic unchained and a plot that spans multiple books, with a villain who plans for centuries in advance, then you will love Maldene.

It all begins here. When Sabu, Eldar, and Sindar, along with their companions, stumble into more of the world than they knew, including a mysterious King determined to recruit those who might be able to help combat Miro– if they can pass his test. A wizard that defines evil, Miro has been around through all that the world knows of it's history, his motives inscrutable, but one thing is known: There is a day coming up, a very special day that only occurs once every 5000 rels; whatever Miro is planning will happen on that day and they have until then to discover what those plans are and how to stop them… An endeavor in which Miro actually wishes them well.

"…a carefully described and painstakingly detailed adventure tale that will leave even fans of Tolkien impressed."
-Blue Ink Review

"Maldene is a fully realized world that is told in an action heavy plot akin to the ODYSSEY. "
-Aint It Cool News

"This book is basically The Hobbit meets The Odyssey"
-GeekyGalaxy.com