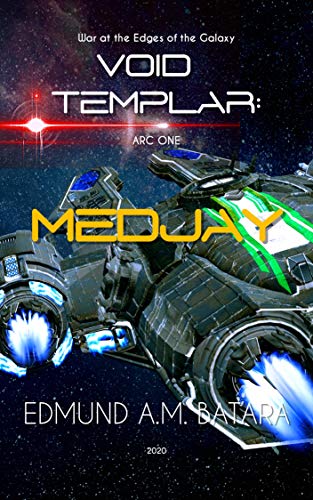 about this book: Humanity stands at an expansionist crossroads. Planetary systems have been colonized and exploited. Yet, even with barely fifteen percent of the Milky Galaxy fully explored, mankind had already set its sights on the Canis Galaxy, the closest stellar cluster.

Technology and growth have been fueled by corporate greed, with massive conglomerates now having their own domains in space. Over everything is the Interstellar Galactic Federation, composed of spacefaring companies. The very way of life and destiny of mankind are in its hands.

With such kind of rapacious competition, the usual wars and conflicts are now commonplace, with rules governing intercorporate relationships being determined by the Federation. In space, only the truly powerful survive.

But despite such galactic advances, humanity has yet to encounter another sentient lifeform. An experience that had given birth to an unwarranted arrogance in the primacy of its species.

All that is about to change. There is life in space, but not life as humanity expected it to be. Now, man's very existence will rest in the hands of a few intrepid individuals at the edge of human space.