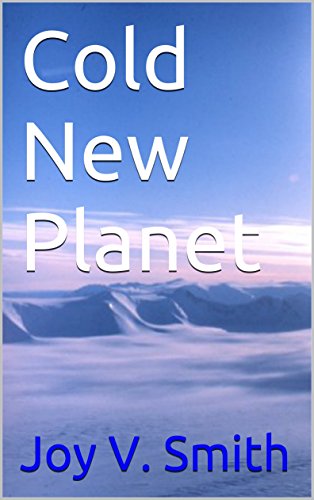 about this book: Cold New Planet: An ice-covered planet is discovered after it is captured by a star, and the initial survey reveals strange structures buried beneath the ice. A consortium based on Terra is formed to buy and explore the planet; they want to not only explore the anomalies but exploit them if they can. Their cover story is to terraform and colonize this ice ball.

What kind of possibilities will the colonists--and the consortium backing them--uncover on this slowly thawing planet? The consortium has its own agenda, of course; after all they paid enough money to ensure that they would be the only ones allowed to colonize--and utilize it. What lies under the snow and ice, they wonder? Possibly an unknown, lost civilization with technological marvels that can only imagined. But suddenly the Terrans come across other colonists. From isolation to gridlock. Where did all these humans--and aliens--come from?

The colonists have been recruited; they must travel on a space ship with their livestock in stasis; they have gathered all they need to start new lives on this frontier planet, they hope. The ship unloads all they've collected and leaves. They'll live in temporary shelters; there will not be a ship to live in or support them.