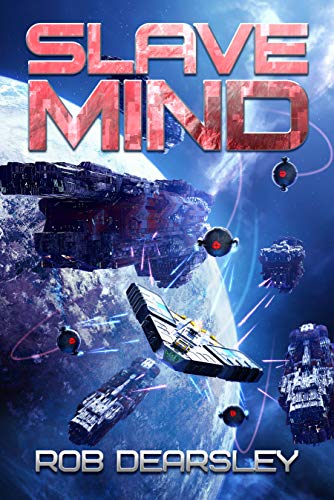 about this book: Fifty-thousand years ago, the mighty Terran Imperium fell to an unstoppable enemy. Now that enemy has returned...

Slave Mind (or the project that would become Slave Mind) started life in November 2014 and drew a lot of inspiration from late nineties television, before taking on a life and themes of it's own.

Between epic set-pieces, the story looks at the themes of freedom and free will against the Tapestry of a galaxy spanning empire.

Slave Mind follows Captain Dannage, and the crew of his small salvage ship, the Hope's Folly. They are tasked with salvaging a fleet of ancient ships from the, long-gone Terran Imperium. Things don't go quite according to plan and Dannage is forced to team up with the last surviving Terran to save the people he cares about. Can Dannage get out of this one alive and with his mind intact?

Finally, did you know there was a NASA spacesuit tester who survived being exposed to vacuum for nearly ten seconds!