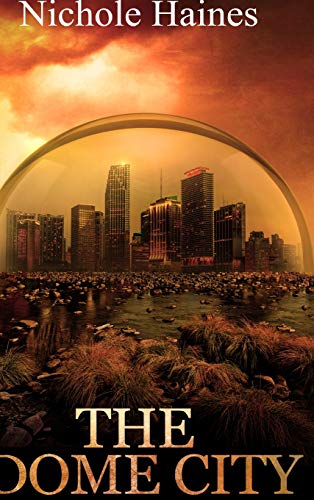 about this book: Jane woke up feeling groggy and confused, she tried to look around, but her vision was a blurred and she found it difficult to focus her eyes. She struggled to remember how she'd ended up in this place as she felt her body lying against some kind of cold metal surface. Slowly and carefully she sat up feeling a little lightheaded and looked around hoping her eyes would adjust. Still, all she could see was darkness as she sought to remember why she was in this dark room on this cold metal surface, yet her mind was completely blank.

She heard a strange vibrating humming - like noise approaching her, she tried to lift herself up fully and control the disconcerting feelings of her lightheadedness and confusion. A floating hologram, a bright red triangle, appeared before her, its face and mouth forming, eyes and lips of electronic black, the rest of its face unpronounced and noiseless.
It stared at her for a moment reading her thoughts and then it spoke:
"Don't be afraid child, you're here for re-education."
"Re-education of what?" Jane asked the hologram.
It continued to stare at her without answering her question, making its disturbing humming vibrating noises which were almost hypnotic, while Jane continued unsuccessfully to try and see her surroundings.
And then it just vanished!

Soon she heard other humming like noises and without warning lights were switched on, within seconds she could see the room she was trapped in. The walls were made from black glass with geometric patterns and the floor from a red marble crystal type substance. She was laying on a metal table but found she was able to sit up fully without those weak and dizzy sensations.

Jane glanced over at the wall noticing for the first time a very thin see-through square glass, lodged just inside of its structure. She wasn't exactly sure what it was, however at that moment a robot appeared on a screen and said:

"Hello Jane, my name is Bato and I'm the Artificial Intelligence that controls the Dome City."

"What year are we in?" asked Jane.

Jane felt confused, she couldn't remember anything clearly, yet had a strange, vague recollection of it being the year 2025. She opted for curious and probably forbidden questions:

"Why am I here in this place and why can't I remember anything?"

Bato looked at her, he was void of emotion:

"Child, those are forbidden questions here in the Dome City" he confirmed "and I'm not allowed to answer them for you, the First Law of the Dome City is never to ask why you're here. Your memory has been erased for a reason and once again I can't answer why, you must follow all the rules and regulations of the Bato Artificial Intelligence system here, remember, nobody can go outside, and no-one contradicts our Law!"

OK, Jane thought, let's try this question:
"How and when was the Dome City formed?"

Bato, rather surprisingly, answered her question quickly
"The Dome City was formed in the year 2025 because World War III broke out and chemical warfare destroyed most of the Earth. We made The Dome City from old malls which were no longer in use after the year 2020 as Internet retail had taken over the world of shopping."

Bato then ordered Jane to put on her one-piece blue jumpsuit and to get ready for the day. The dark blue one-piece jumper had a badge/logo - like red triangle on the upper left corner of the suit, underneath it was written The Dome City in pronounced black lettering.

As the Bato vanished from the communication screen a small opening emerged in the geometric wall as a metal tray floated out towards Jane. Another Hologram arrived, and a male voice said, or rather commanded:

"Please take the blue and white pill before going into The Dome City."

Jane wanted to ask why once again, but already knew this was a forbidden question, so she didn't bother.
Looking at the gel type pill she knew didn't want to take it, yet once again the Bato returned, repeating his order and adding that it was to keep her mind stable, free of emotion while she worked inside the Dome City. As commanded she took the blue and white pill, what other choice did she have? Soon there was another hologram, much like the others, describing her occupation and what was expected of her inside the Dome City. Jane was a Guard of The Dome City, her job to manage the internet and mind system called LUMKA. LUMKA, was a system that allowed citizens to access the internet without the need for traditional computers. Her job was to guard the LUMKA's forbidden passwords as LUMKA was public system here in The Dome City.

Jane's job description flashed in front of her face as a doorway manifested itself just ahead in the wall. Entering she found herself in the middle of a lobby with a huge hundred-foot clear glass holographic triangle right at its center, just above it, written in Gold, were the imposing words: The Dome City.

A futuristic train system ran throughout the entire matrix, powered entirely by LUMKA artificial intelligence, it was known as the LOOMER system. It didn't run on a track, it floated through the air picking up drugged and enslaved people to go about their daily enforced occupations. Jane realized it wasn't necessary to inform the LOOMER that she needed to ride as the AI LUMKA system was already aware of all of her thoughts, all of the thoughts of everyone were monitored and controlled.

It arrived at 11:30 AM precisely, floating gracefully through the air within the Dome City, escorting Jane to her place of work; the CONTROL BUILDING.

Quickly descending she walked into the building where many people were in a huge room that resembled one of the old call centers used in the 20th and 21rst centuries. Jane relaxed into her levitating office chair as a holographic computer screen and keyboard took form in front of her, she could see an entire map of the Dome City which was about the size of Russia she thought, as she read on the terminal that there were 2 million citizens inside this structure known as the Dome City.

Jane had to sit at this computer and wait for a Red Alert signal to flash across the screen, her responsibility was solely to block other citizens from using passwords that were not permitted by the LUMKA system of control.

Her mind started to drift slightly from her boring guard the computer job. She started to ask questions in her mind, why couldn't people in the Dome City access certain information on the LUMKA system and why they were only able to have knowledge about artificial intelligence and nothing else?

She waved down one of her Artificial Intelligence Robots Supervisors and asked it if she could use the restroom for a few minutes and the unemotional AI robot gave her the OK to go and freshen up. As she walked into the bathroom a hologram timer materialized itself in the air around her projecting the words TEN MINUTES in large letters.

For the first time she noticed herself in the bathroom mirror, looking closely at her eyes she saw they were brown and, in that split, second had a vivid flashback, a memory of her eyes being blue, not brown. Walking to one of the bathroom stalls she slipped on some water on the glass marble like floor and fell even though it was only three inches deep. Her clothing was soaked and as she was trying to dry it with one of the dryers she started getting what appeared to be electrical shocks all over her body. Quickly she removed the garment and looked inside, there was electrical wiring throughout the inside of the suit and Jane realized it was what kept track of her, what kept her connected to the LUMKA system. Maybe if she didn't put it back on, she'd be able to get away with not being tracked by the AI Bato.

Wearing only a sports bra, shorts and sneakers, but not really caring Jane began to realize that the blue and white pill she took that morning was designed to keep her brain from functioning properly. As she left the bathroom Jane decided not to take another pill for the rest of the day, maybe that way her memories would eventually come back to her in full force.

Walking out in the main futuristic Dome City it seemed nobody around noticed her, including the floating LOOMER train system. Jane realized she was free of the system, however this was not the end of her adventure, still she had to get some of her questions answered, escaping from The Dome City may depend on it, her mind needed to be clear of the drugs first.
The Dome City looked enormous, Jane didn't know where to begin her journey to freedom.