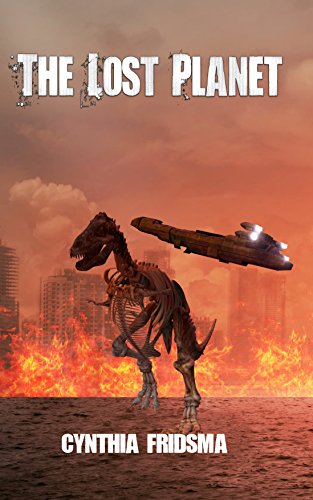 about this book: I had the pleasure to read The Lost Planet, a sci-fi book written by Cynthia Fridsma.

The alien dinosaurs plan to visit earth, but they don't know Earth is covered by a deadly smog and that a civil war ended the very existence of the United States, dividing the Earth into two camps: the Federation and the Alliance.

The Lost Planet is an excellent read, well written and full of surprises. I fell in love with the alien commander Ilg, with his compassion and interest in human history. I also enjoyed Major Tony Norman who tries to prevent the destruction of our planet! The book gave me a true hallmark feeling!

I can recommend The Lost Planet to anyone who enjoy reading about space travel, alien nations and about saving the world against all odds. Sometimes I had the feeling I read a book written by Philip K. Dick. It's that good!