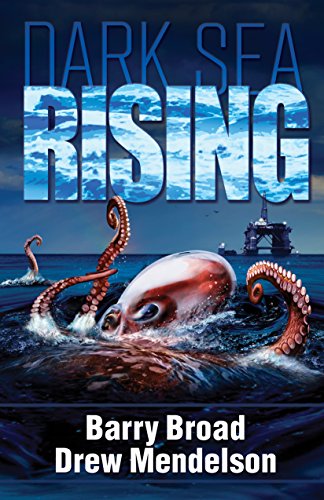 about this book: Madness and murder engulf a floating oil platform.

A remote deep-sea oil drill blows apart, pushing the cash-strapped energy company that owns it toward bankruptcy. Madness and murder engulf the oil platform. A probe shows intelligent life on the deepest sea floor, evolved from long-lived cephalopods to whom the oil is sacred. Though peaceful, they will defend the oil at all costs. Alerted to the intentions of previously unknown humans the undersea intelligence is pushed toward a conflict that could destroy both civilizations.

Barry Broad was born in Los Angeles in 1957. He is a lawyer by training and has spent his professional career as a lobbyist, representing a variety of union clients from the Screen Actors Guild and the Teamsters to the Longshoremen and Jockeys' Guild. His work has brought him in contact with people from all walks of life and he has used those people and their stories to dive deep into the lives of the characters that animate his fiction. He earned his law degree from the University of California, Davis and attended King's College, Cambridge University, in England and U.C. Davis as an undergraduate. He is the author of two espionage thrillers, Eve of Destruction and its sequel, Requiem for the Damned.

Drew Mendelson is a novelist and short story writer born in 1945 in Kansas City. He has worked as a labor journalist and photographer and as a political speech and op-ed writer for California's governor, state senators and state treasurers. Drew is a Vietnam War combat veteran. He and his wife, Susan, live in Sacramento, California. He holds a master's degree in creative writing and is a longtime member of the Science Fiction and Fantasy Writers of America. His other longer published works include two science fiction novels, Pilgrimage and Marin 2120 CE, and a Vietnam War novel, Song Ba To.