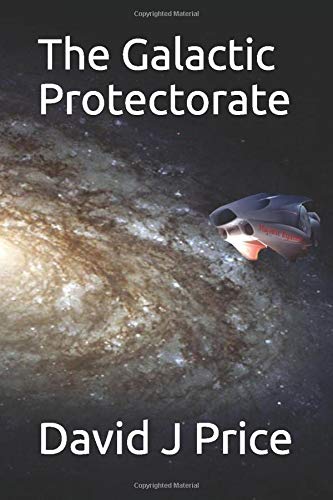 about this book: My fourth book is a science fiction novel, it involves two CNSA Chinese starship crews that leave their home city on the far side of the Moon, having trained together with the intention that they will visit eco-planets in the Libra/Leo and Scorpius constellations to find super-Earth type planets to colonize. But fate is to intervene with a disaster about to happen in the Oort cloud, that dislodges a planet-killing asteroid that will strike Earth and destroy all human life. By that time however one of the Earth crew will have met up with a society which has Space and Time Police who rescue them from a skirmish where they are imprisoned on a planet of robotic insects. It is a race against time to get back to Earth, but this Galactic Protectorate can only split the timeline, leaving one reality in a time left with a rogue Moon sent spinning off, ultimately traveling towards the rim of the known universe and oblivion. They are desperate to pool their scientific knowledge to try to understand whether they too will meet their end. Certainly, both realities can never meet up with each other again.

The plot is enjoyable for the reader juxtaposing the development in both timelines building the drama in the story. It took two years to write in doing the research to build a plausible background, the USA were reluctantly negotiating with extraterrestrials during the Apollo Moon landings. The title spells out that there are others watching us, too save us from our own devices. Most of the first year was researching the technology and creating the political upheaval where the Chinese government would break off all diplomatic relations with the USA. I have learned to juxtapose my scenes to keep the reader aware of the difficult plot, which I had to chart for my own benefit to keep the calendar dates in order. My cover of a spiral galaxy is a NASA image and is awe-inspiring as well as not being subject to copyright.

All serious science fiction readers will enjoy this book.