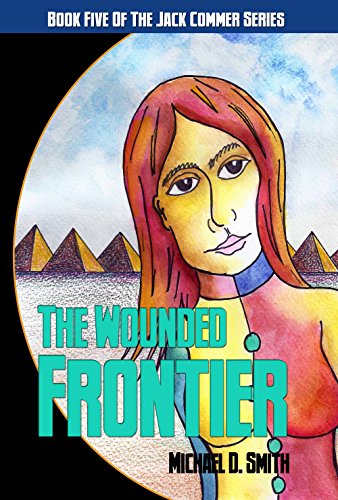 about this book: After the 2075 restoration of a benign telepathic Grid to the former Alpha Centaurian Empire, Supreme Commander Jack Commer returns home beset by bad news: his son's housekeeper K'ufunb just suicided in a spaceship via a failed Warp Transfer, Mars is panicked by the renewal of the Grid, and ship's engineer Draka Sortie is resigning to marry Martian Empress Mandy. Navigator Will Connors announces he's quitting as well, and embarrasses Physician/Engineer Laurie Lachrer by revealing that the two recently started dating. To top it, news comes that the star Iota Persei, 34.36 light years away, has abruptly vanished.

In Book Five of the Jack Commer, Supreme Commander series, Jack Commer pushes for expanded exploration far beyond Sol. When USS Jupiter is destroyed at Iota Persei after encountering a Dyson sphere 967 million miles wide, Jack readies the untested Typhoon V to investigate, assigning the talented Laurie to the ship and cajoling Will, a man beset with decades-old combat trauma, into one last risky mission before retirement.

Soon the United System Space Force discovers that destroying the fascist Alpha Centaurian Grid (in Book Four, Collapse and Delusion) had inadvertently extinguished a comfortable circle of campfire light around Sol. While the Grid, linking twenty trillion citizens of the seventeen suns of the Alpha Centaurian Empire to their psychopathic Emperor, had once threatened Sol with brainwashing and extinction, its neural net had also kept an even worse predator at bay for thousands of years--a race that kills suns to create spectacular quasar artworks fifteen billion light years away.

Since my publisher had outlined that every new book in his authors' series would be published as long as it met high standards, The Wounded Frontier was the first novel which I knew would be published before I even began outlining it. That was quite an interesting and educational experience. Though it's the fifth book in the Jack Commer series, I'd already completed the first three books, and finished a first draft of Book Four, at the time the first novel, The Martian Marauders, was accepted for publication in 2011. Therefore I approached the composition of Book Five with a mixture of elation and awe, determined to make sure that my writing would keep improving and that The Wounded Frontier would be the best of the series.

Laurie Lachrer was a minor figure in the first book, a teenaged United System Space Force technician at Marsport, and it was fun and enlightening to explore her past and amplify her into a major series character. The mature Laurie assumes a central spot in this novel, and in fact the portrait I made of her is the cover of the book. Readers so far seem to be quite taken with her.