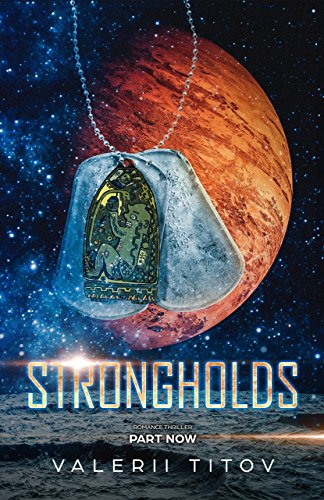 about this book: Strongholds such as the Moon can only be accessed by the US, Japan and China and the Russians are hard at work in melting the North Pole ice amid their production of building submarine nuclear-powered boats.

It's a battle for survival as Planet X closes in on destroying the human race on earth forever! Humanity is being flown by space crafts to the Strongholds in the solar system!

While the US space satellites are under threat from their Russian counterparts, the two most powerful countries in the world are on a mission to discover artefacts that create a material that can be used in the production of space suits that can withstand any form of radiation.

Archaeologist Adam Falcon heads back to Leticia, Colombia in the Amazon where he found one of the artefacts on a recent expedition. However, he is not along as the US FBI and the Russian Bratva organised crime network are hot on his trail in a bid to find the artefacts.

While planetology graduate Glory Falcon travels with an US contingent to Chile to make use of the world's largest telescope in a bid to assist Adam in identifying the exact spot where the artefacts are hidden, she soon discovers that all of the people helping her are not as innocent as they make out to be.

Time is ticking as the good people look to save the human race!