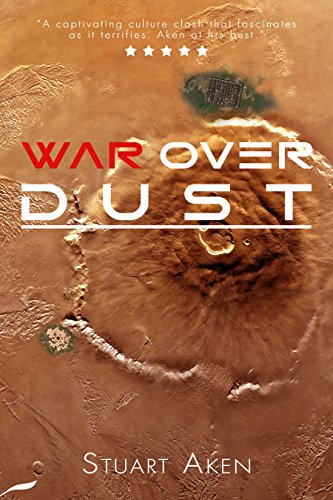 about this book: Two communities exist on Mars in a future some few hundred years from now. They've developed in opposing ways. Those who occupy the Marion Colony are peace-loving, intelligent individuals concerned with justice, learning and scientific discovery. Their world is clandestinely controlled by powerful Artificial Intelligence.

Those who live in Marzero fall into three classes. There are the male, and some female, workers who labour for their bread. The prostitutes of all genders are used by the others. And the Elite, a group of organised, ruthless businessmen who care only for the bottom line and the power that gives them. Their main business is the collection, transportation and refinement of metals and minerals mined from the Asteroid Belt.

When Daisa, a brilliant student of psychology from Marion, hears of a new messiah figure at Marzero, she's determined to study this phenomenon for her PhD. She meets the prophet, Gabriel, and is soon in danger of falling under his charismatic spell. His mentor, Stefan, a Machiavellian figure with his own agenda, realises he can use both these youngsters to further his own ambitions.

When Daisa is placed in danger of execution, her community is forced to act in her defence. Will a war between the two communities result in a better world for all. Or will the forces of profit and greed gain presidency to develop their world along lines of absolute self-interest?

This is the second book in the Generation Mars series and the action takes place some hundreds of years after the end of the first book, Blood Red Dust, though, through the advances in medical science, many of the original characters remain in the story.

This book is a natural progression from the first. The third book is currently under under creation.

Review by Penny Grubb: it might be said that the good and bad of their world comes from human nature just as it always does and that won't change across the centuries. An excellent read.

Review by Glen Donaldson: Aken has naturally outfitted his future world with the type of tech-trippy furniture that keeps sci-fi lovers up reading well into the night. There's weapons-grade blade lasers, suits that turn the wearer invisible, gardenbots that tender lawns to manicured perfection (at least in Marion), dipole magnets and quantum computers capable of performing 'quintigrigtillions' of calculations at once.