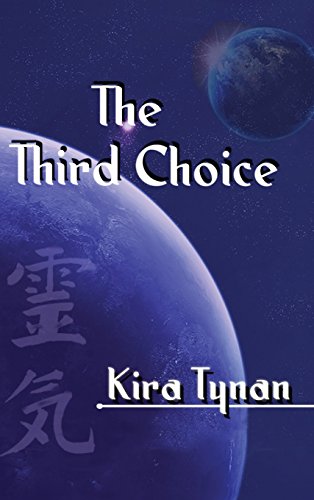 about this book: I wasn't born, or raised, in Washington State. That may be why I love it so much; only one of my four (soon to be five) books isn't set there. Rain is one of my favorite aspects of Washington, so when I started working on The Third Choice I knew it was going to be a prominent feature of the book. TC's hero is a young man named Chris Finch (he's 27). He works as an IT tech for a development company and enjoys the job very much, since it allows him to work independently of the other 70 employees. His co-workers don't know much about Chris and that's the way he wants it—his biggest fear is that someone (anyone) will find out that his parents are not human. They came to earth as scientists and teachers, and met Chris when he was 6 years old, an orphan being raised as a ward of the Catholic Church. He loves them. They love him. His entire life revolves around keeping his parents hidden from other humans and things are going well—until events beyond Chris's control begin to assert themselves faster than he can derail them. One is that his parents are becoming frail and ill from too many decades spent away from their home planet, another is meeting the love of his life in Kiele Parker, a very human girl who can cause immense destruction simply by knowing his long-kept secret. The worst is that news reaches Chris of the brutal, interplanetary policeman who has been dispatched to find all the teams and return them to their own planet by any means necessary.

Chris begins to weigh all his options in order to keep his parents protected. It comes down to a couple of choices, neither of which he is willing to accept. This book is about love, and protecting that love by searching for another way to deal with the difficulties—a third choice.

I'm not opposed to a good bodice-ripping book now and again, but TC isn't that kind of story. It's a safe read for all ages. There IS love and romance, though—a lot of those.

I would love for people to read, and enjoy The Third Choice, and then to review it. I'd love to have readers who might be interested in my previous books and be looking forward to the new books I'll be writing (the next one is entitled Enraptured—a love story set in the time of the Rapture—and should be out in 2018). I'd love to connect with all of you, I'm interested in what you want to read and I'm available to chat by several means. I'll be honest: I've listed TC for promotion in a few places in hopes of scoring reviews and nothing has worked yet. I'm hoping askDavid.com will be the right vehicle!