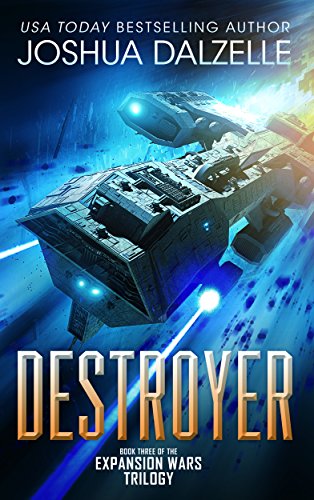 about this book: The Darshik war machine is flagging, but the war is far from over. A spent Terran Starfleet braces for the expected counterattack after they successfully forced the aliens from one of their frontier systems, but a new threat has emerged. Reports of a new class of Darshik warship attacking targets deep within Terran space has the newly minted Federation nervous and looking for answers.

Captain Jackson Wolfe has been given the fleet's newest, most advanced destroyer and tasked with eliminating this new threat before it can claim any more human lives. What he finds, however, is immeasurably more dangerous than just some new class of starship … it's a horror that could lead to the destruction of both their species if it isn't stopped.

In this book I wanted to pay homage to the first book in the saga, Warship, without dragging the readers through a rehash of a story they'd already heard. Captain Wolfe is now on the bridge of a destroyer and will need to go head to head with an alien commander with an equally powerful ship, so we start the story with the two adversaries on equal footing rather than the human being so badly outmatched. Overall I feel this is the story many have been waiting for judging from the feedback I've gotten about the first two books.