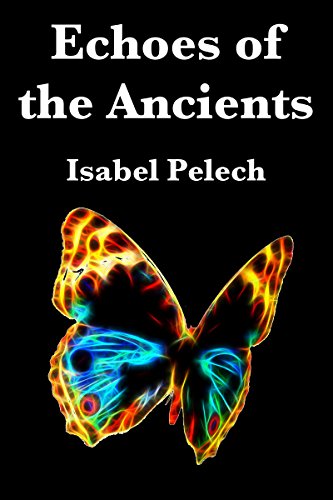 Book: Echoes of the Ancients by Isabel Pelech

about this book: In the far future, the universe is filled with life. Sulfur hellworlds, ice planets, even suns have native life forms, and there are hundreds of sapient species competing on the galactic stage. In this universe, the two-legged, mostly hairless bipeds known as Wanderers are rare—almost extinct, due to a mysterious event that left almost all of them comatose.

Lutéa is about to meet a Wanderer named Tal. But Tal comes with a host of unanswered questions. Is he really a Wanderer? Who does he work for? Why did he stow away on the starliner Tenzenai's Gift, and what does it have to do with a frozen, strangely lifeless planetoid called Shoroha?

In Tal's wake, Lutéa finds herself dealing with hijackers, with a member of a dangerous species that even the Jann Empire couldn't subdue, with the most dangerous levels of subspace and the most dangerous types of people. And Lutéa has a secret disadvantage in all this: she's a robot. She is programmed for obedience, built with an expiration date, and her existence is offensive to the religious sensibilities of many sapients. Lutéa is in danger every moment that she's around organic people. But she's determined to see something of the universe before that expiration date—if she can survive that long.

Writing this book was a chaotic and beautiful experience. I had to create multiple species, multiple cultures, and pieces of their languages. I even devoted some attention to how the different species tell time. The story required a world-building document, and sometimes I felt I was spending more time on that than on the novel! The result, I hope, is a story that feels as complex and diverse as the real world, yet utterly different from it.