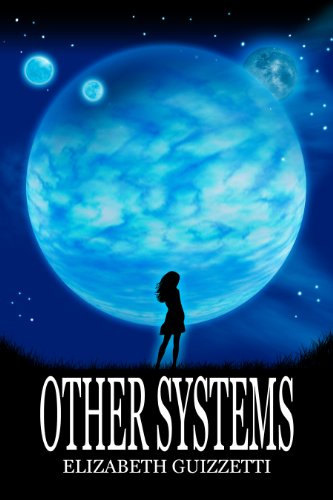 Book: Other Systems by Elizabeth Guizzetti

about this book: Inspired by the Kepler Missions (and the hope that I would write a book my husband would enjoy reading) Other Systems is a science fiction drama about the hardships of colonization.

A thousand years in the future, Earth has sought out other Earth-type planets to colonize, however very little from Earth thrives on these alien landscapes. Even the most viable planet Kipos needs for human DNA to stop a downward population trend. The Kiposi head back to Earth and speak of a paradise--where there has never been hunger, murder, or war-- ninety-four light years away. The novel follows a young woman who leaves the protection of her family with dreams of higher education, a good job, and a kind-hearted spouse. She will discover the cost of utopia

Written for an adult audience, Other Systems explores issues of interplanetary colonization such as forced breeding and time dilation.

The novel took me eighteen months from start to publication. For me the hardest part was getting through the middle of the third rewrite—there was seven drafts, plus two more during the edits with my publisher. However, it was during the third draft which I realized there was a few major plot points which needed to be changed. I researched biology, sun-like stars, planets, our solar system, and astronaut training and life is space.