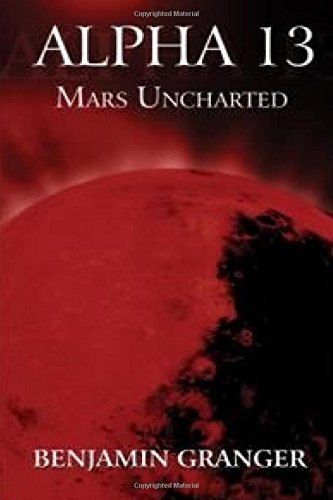 about this book: Star Fox 108 is on a mission to investigate missing slaves. These slaves work at the main extraction facility on Mars. Can aliens have possibly taken them? Captain Stevens of Star Fox 108 believes there are no aliens on Mars. But if there aren't, then who or what is responsible for the disappearances? As Star Fox 108 nears a landing on Mars' surface, the crew experiences technical problems. They seem to lose communication with spacecraft bases on Earth. Afraid of running out of fuel and oxygen, most of the crew enter a derelict spacecraft. They find out that the spacecraft Odyssey was manufactured a long time ago, due to it's outdated facilities. However, Odyssey provides them with the fuel they need to get back to the base. Amazed by the existence of the new found spacecraft and the dire need to solve the mystery of the missing slaves, explorers return to Mars. What they discover is beyond their imagination.

Author Bio
This is my short bio about myself, Benjamin Granger. Most people call me Ben, but Benjamin is my real name and my full name is Benjamin Park Granger. I was born in Pensacola, FL on March, 28th, 1987. I do have the skill to write quite well, I am also a good speaker as well and I recently earned a college degree.

Throughout most of my life, I had aspirations about being good at something, and I believe that dream might be a reality. I cannot say am the greatest writer in the world, but I would love it if my books did get great recognition for my skill and talent.