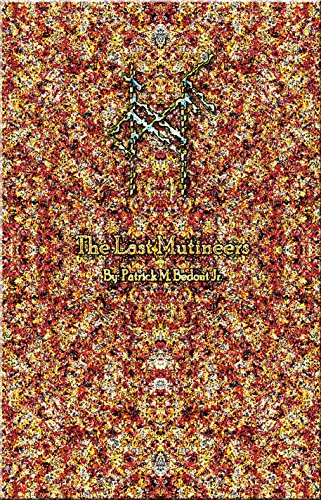 about this book: Patrick started writing the fantasy series titled, 'The Last Mutineers', in the simple hopes that, through the power of literature and imagination, perhaps he will be able to persuade his fellow Americans into changing their despondent ways and show them there is a light at the end of the dilapidated tunnel. Because even with such an oppressive government towering over our nation, we still have the freedom of speech (for the most part.) We also have the entire world's knowledge at our fingertips. Just imagine if people used it to their advantage instead of using it for trolling others on social media.

If you check out 'The Last Mutineers', you will see that our existence is rather minuscule in the grand scheme of things. Seeing as how ancient alien lore has already dictated humanity's downfall, we do not stand much of a chance. Because after America falls, it will not be long before evil takes over once again. The Malentians, of course, being the evil alien species that predisposed humans to such foul outcomes at their inception. So it does not matter how hard we try, evil will always reign supreme.

That is unless we all unite as one and rise up against it. We must utilize the American Constitution to benefit all of humanity. Use it to create a world where everyone starts as equals and works their way up. Not one in which inherited wealth creates selfish and apathetic fools that are clearly corrupted by the Malentians' evil.

If we are able to reverse such trends, we will be able to abolish said evil from the face of the Earth. But alas, such outcomes will never transpire. For we are all far too selfish for our own good. We have devolved into a bunch of self-obsessed zombies that do anything our oppressive authoritarian government tells us. By forgetting history, we are repeating it. Because although we are all created equal, we sure as hell do not act like it.

So follow the way of Algiz. Please check out 'The Last Mutineers' today. Do so to protect yourself from the evils of this world.