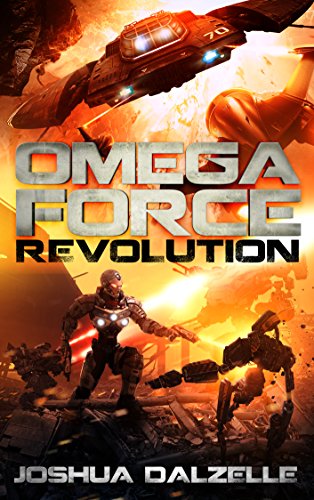 about this book: Is it more dangerous to remove a corrupt and abusive system if there's nothing better to replace it?

For thousands of years the ConFed has been the umbrella the galactic quadrant has fell under and while many despised, they also acknowledged that it managed to keep a relative peace. Now, for the first time since Jason Burke had been aware of such things, someone seemed to have the means to bring the behemoth to its knees without direct military engagement.

Now Omega Force had to decide ... did they fight to help keep a system in place that they hated, or did they let it fall and plunge the quadrant into chaos?

When I began working on "Revolution" I had just finished a book in another series where I experimented in pulling the scope of the story back a bit. In a long-running series the tendency is to make a story more encompassing and grand each time, but with a six-man crew there's realistically only so much they can do without destroying a reader's suspension of disbelief ... even in a quirky adventure sci-fi series like Omega Force. So "Revolution" is the story of how this large events impact a small group of people and by the end the team will be forever changed.