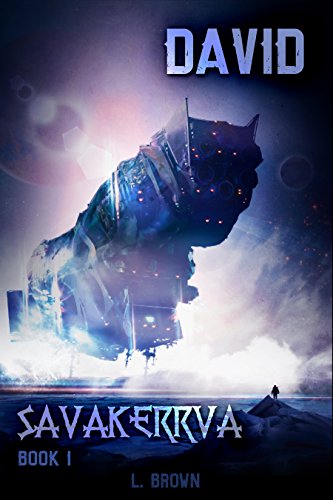 about this book: Ever been to East Detroit?

Ever hurtle through galactic space?

Two questions not often heard, and though the first may net you a "yes," the second will bring only silence, some kind of squint.

But for a boy in Detroit? For the only soul on earth who could answer yes to both, these questions brought an odyssey to a far-flung world, a place of barbarous Clans and nightmarish Machines, a bleeding planet soon to die.

Will you believe the boy's tale?

I didn't. And in the more logical part of my mind, the struggle remains. But though fantastic tales strain credulity - if Neil Armstrong could somehow spin his moonwalking yarn in a 12th century pub? Belief may come hard, but nothing says fantastic and true can't coincide.

So we'll leave it at that, you can now move on. But if your skin tingled a bit, if curiosity seems piqued? Then "David: Savakerrva, Book 1" awaits.

True, you may still not believe. But his tale will, I promise, open your eyes.