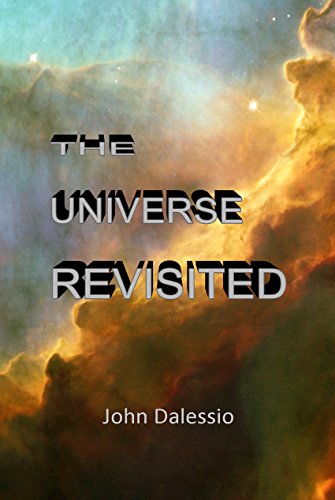 about this book: The space ship Seeker was secretly built by John Alessi with a revolutionary engine for space travel. The magnetronic drive harnessed magnetism with the gravity of planets as propulsion for his ship. The Seeker was capable of traveling through space at the speed of light.

John and Kimi, his Martian mate traveling in the Seeker discovered and explored several planets in distant galaxies of the universe. They traveled in mere weeks instead of years or a lifetime by locating and passing through wormholes. Together they discovered sentient beings on other planets in unexplored reaches of the universe never seen by man.

They interacted with the inhabitants of those worlds and found striking similarities of their appearance, languages and cultures with those on planet Earth. After John and Kimi lifted off the sixth planet of their adventure and entered deep space, they met a fiery glow of seemingly a hundred suns. Suddenly a booming voice resonated in their minds. "I am the Creator, your one true God. The Universe, the planets, galaxies, and stars are all that I am." The Creator told John and Kimi it created everything in the universe including Earth and humanity. It was a revelation!

After meeting the Creator, John and Kimi returned to Earth to assimilate Kimi into Earths society. After a short while questions about the peaceful cultures they discovered arose. John and Kimi discussed that the cultures did not exhibit a 'dark side' as mankind did on Earth.

They became determined to find the reason for the duality of mankind and the origins of 'good and evil'. The answers they felt might be found on other unexplored planets in space that they had not visited. John and Kimi would revisit the universe . . . .